Nitin belongs to the Farrukhabad Gharana of Tabla, which is known for its rich vocabulary and tonal quality. Founded by Ustad Haji Vilayat Ali Khan, this school has produced some of the greatest Tabla players of our time, like Ustad Ahmed Jan Thirakwa, Ustad Habibuddin Khansaheb and Ustad Amir Hussain Khansaheb. 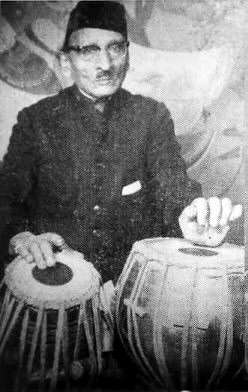 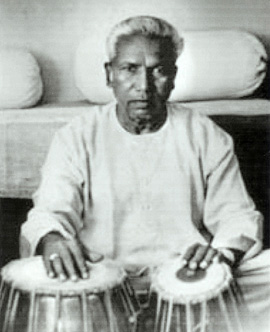 Pandit G.Satyanarayana was one of the well respected tabla players from Hyderabad. He taught Tabla at the Government music college, Hyderabad . He was a graded artist of the All India radio and accompanied many of the eminent artists in India.

After his early training in tabla he was accepted as a disciple of one of the greatest names in the field of tabla, Ustad Amir Hussain Khan of the Farrukahbad Gharana. After Khansaheb  moved to Mumbai  he further studied under another great tabla player, Khalifa Ghulam Hussain Khan. Satyanarayana ji was known for his sweet and melodious accompaniment and solo performances. He trained many students in Hyderabad. He passed away on April 6th 1996. 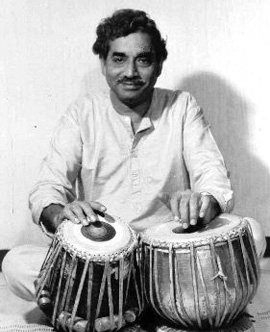 Pandit Arvind Mulgaonkar is today recognized as one of the foremost disciples of Ustad Amir Hussain Khan, the legendary doyen of the Farrukhabad Gharana. He is widely appreciated for his rich solo performances which often include some of the rare traditional compositions which have been handed over from the teacher to the disciple over the last few centuries.

Born in Mumbai on 18th November 1937, Mulgaonkar ji’s interest in tabla was discovered at a very young age. After his early training in tabla he was accepted as a disciple of the great tabla maestro, Ustad Amir Hussain Khan.  For the next fifteen years he served his guru with great devotion and acquired some of the rare traditional compositions, some of which were strictly restricted from teaching outside the family. After his Guru passed away he further studied with the great Maestro Ustad Ahmed Jaan “Thirakwa” and later with Ustad Ata Hussain Khan.

Mulgaonkar ji has written a book titled “Tabla” which is one of the most popular books amongst the tabla student’s world over. He has also fulfilled his Guru’s dream of sharing his compositions by recently completing a book which consists of all the original compositions of Amir Hussain Khan.

“Bandish”, an organization in memory of Ustad Amir Hussain Khan was founded by Mulgaonkar ji . Some of the leading tabla maestros of Indian classical music such as Pandit Swapan Chaudari, Ustad Zakir Hussain and Pandit Anindo Chatterjee have all paid tribute to the Ustad with their memorable solo performances.

Like once Ustad Munir Khan and Ustad Amir Hussain Khan, Mulgaonkar ji is the torch bearer of this legacy of the authentic art of the Farrukhabad Gharana.